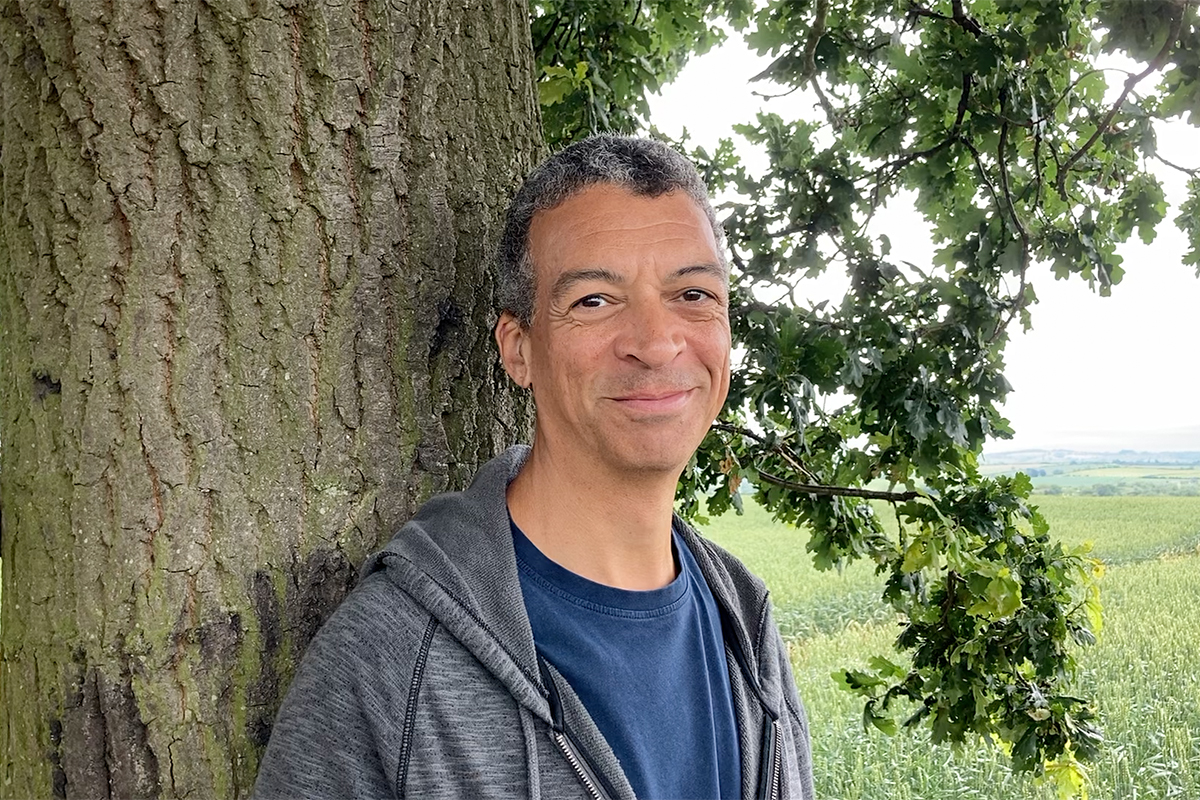 Our voices come together under the Linden Tree

Participants in our singing and creative sessions worked with world-class artists to create a video performance of The Linden Tree, one of the most treasured pieces in Franz Schubert’s song cycle Winter Journey.

Performers from Streetwise Opera, a unique opera company working in the homeless sector, join baritone Roderick Williams, pianist Christopher Glynn, the Brodsky Quartet and Genesis Sixteen to reimagine the story of Schubert’s brokenhearted outcast, who wanders through a frozen landscape as he attempts to escape his pain.

The short film includes images and music recorded during lockdown by all involved, using their mobile phones or other devices at hand, to capture their own voices and local environments. Almost no one – professionals or Streetwise performers – had experience with recording audio and video, so this added a technical challenge to this project that was overcome with courage and creativity.

The film uses lyrics translated into English by Jeremy Sams, an arrangement for string quartet, piano and chorus by Iain Farrington commissioned by Streetwise Opera for its production After Winter, and is directed by Freya Wynn-Jones.

Denise Alison, a participant in Streetwise Opera’s workshops at The Connection At St Martin’s homeless centre in London, said:

After hearing the final audio recording I got goosebumps. It is hard to believe this was made from us singing into our phones in our bedrooms. The result is just beautiful, and it makes me very proud. It makes a big difference for me to know I’ve taken part in a project like this.

I am especially grateful to our workshop leaders, Emily Smith and David Pisaro, who’ve been working with us online for the past weeks, not only teaching us this song but also getting into advanced singing techniques, like breath control and diction.

We are delighted to share “The Linden Tree”, a project that has united people affected by homelessness across England with world-class artists. Working with director Freya-Wynn Jones to newly interpret Schubert’s masterpiece, they have devised film and images inspired by the natural world around them. As homelessness soars due to the pandemic, Streetwise Opera’s work remains more vital than ever.

Streetwise Opera is an award-winning performing arts charity for people affected by homelessness. Ordinarily, it runs a programme of free singing and creative workshops delivered weekly in homeless centres and arts venues in five regions across England. It is also a critically-acclaimed opera company that empowers the people who take part in its workshops to create and perform in extraordinary new productions working alongside exceptional professional artists. During lockdown, Streetwise Opera has continued to work with those affected by homelessness, delivering a rich weekly programme of online singing and creative workshops, offering support to individuals by phone and post to combat social isolation, and running new design and creative writing projects involving those living in hostels. Streetwise participants include people from all walks of life, from those in temporary accommodation to those who are further ahead in their recovery from homelessness.

Roderick Williams is one of the most sought after baritones of his generation with a wide repertoire spanning baroque to contemporary which he performs in opera, concert and recital. He enjoys relationships with all the major UK opera houses and has sung opera world premières by David Sawer, Sally Beamish, Michel van der Aa, Robert Saxton and Alexander Knaifel as well as roles including Papageno, Don Alfonso, Onegin and Billy Budd. He performs regularly with leading conductors and orchestras throughout the UK, Europe, North America and Australia, and his many festival appearances include the BBC Proms, Edinburgh, Cheltenham, Aldeburgh and Melbourne.

Christopher Glynn read music at New College, Oxford, before studying piano with John Streets in France and Malcolm Martineau at the Royal Academy of Music. His many awards include a Grammy, the accompaniment prize in the 2001 Kathleen Ferrier competition, the 2003 Gerald Moore award and the 2002 Geoffrey Parsons award. He works regularly with leading singers, instrumentalists and ensembles in concerts, broadcasts and recordings throughout the world and, since making his debut at Wigmore Hall in 2001, Chris has performed in many major concert venues and festivals, including at the BBC Proms, Carnegie Hall, Edinburgh, Aldeburgh, Cheltenham and Oxford Lieder Festivals, Royal Opera House, Barbican, Southbank Centre and as far afield as Japan, Brazil and Sri Lanka.

Since forming in 1972, the Brodsky Quartet have performed over 3,000 concerts on the major stages of the world and have released more than 70 recordings. A natural curiosity and an insatiable desire to explore has propelled the group in a number of artistic directions and continues to ensure them not only a prominent presence on the international chamber music scene, but also a rich and varied musical existence. Their energy and craftsmanship have attracted numerous awards and accolades worldwide, while their ongoing educational work provides a vehicle to pass on experience and stay in touch with the next generation.

Genesis Sixteen is The Sixteen’s free young artists’ scheme for 18-23 year olds, which aims to nurture the next generation of talented ensemble singers. During the course of a year, a series of week-long and weekend courses based in the UK are led by key figures from The Sixteen, including founder and conductor Harry Christophers and associate conductor Eamonn Dougan. Participants receive group tuition, individual mentoring and masterclasses run by some of the industry’s top vocal experts. Thanks to a close partnership with the Genesis Foundation participants not only receive free tuition but also a bursary to cover all additional costs.