I hadn’t been on an exchange like this before and my usual travel for Streetwise sends me just as far as Newcastle, so this trip promised to broaden those horizons, and it did not disappoint. The exchange left a lasting impression on my outlook and the way I understand and approach the work that I do, but as is often the case, the deepest impression was made through a human connection and piece of music.

Like all good stories, this one starts in the land of social media, on Twitter to be precise. As an occasional, curious observer of the Twittersphere, early on in the trip I happened upon a Tweet from one of the Streetwise performers asking if I could bring a song back from Japan that the group could learn. As a musician with a pretty eclectic taste in music I was delighted to take on this task and excited by what I might discover.

Over dinner one night in an atmospheric little restaurant in Tokyo I got talking to Mayu, one of the students from ARCH (the Advocacy and Research Centre for Homelessness, in Tokyo), who happened to be an opera singer and wanted to hear all about Streetwise Opera’s work in the UK. I told her about our work and how on a previous trip to Japan, Matt Peacock (founder of Streetwise Opera) had brought back a song to share with the Streetwise groups and I explained that this baton had now been passed to me to try and do the same. I asked her if she could recommend a folk song, something that for her captured something of her home country and culture, and something she’d like to share with some of our Streetwise performers back in the UK.

She had a quick think and immediately landed upon ‘Akatonbo’, meaning ‘Red Dragonflies’, a song which she described as evoking nostalgia for the countryside, for the old ways of rural living in Japan, and having grown up in the countryside herself, provided a comforting reminder of ‘home’ and of her family. I thought this was a great choice, bringing back a song that might temporarily transport people out of the chaotic city-based lives most of us live in sounded like just the ticket. Back in the restaurant, whilst I was discussing more of the meaning of the song with another member of the ARCH team, Mayu stood up and started to sing the song, sending the rowdy restaurant crowd into a calm and reflective silence. It was a beautiful moment. We then went round the back of the restaurant and appropriately found our own little piece of ‘countryside’, a small but perfectly formed city park where we recorded Mayu singing the song once more. If you listen closely you can hear the cicadas buzzing away in the background…

This little anecdote is a small example of but one of the many exchanges that took place on the trip (for example Mayu also shared with fellow traveller Simon her expertise in making Takoyaki, ‘Octopus Balls’). It communicates and captures, for me, the spirit of our time in Japan. The delegation was made up of people with a wide-range of experience, stories and knowledge, but more importantly, people with an open mind and an appetite to learn from and share with our colleagues and peers in Japan. 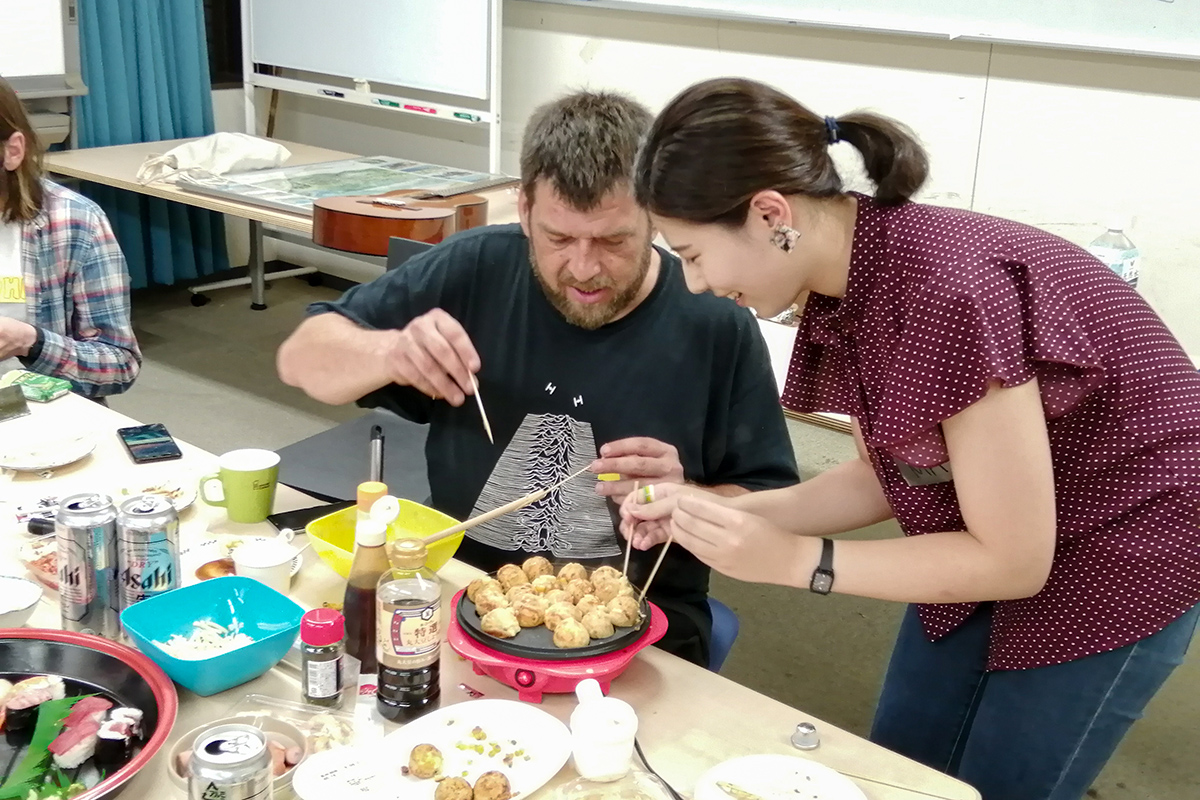 Throughout the exchange our group reflected on and reminded each other of With One Voice’s commitment to values around co-production, which for me means producing art, projects, ideas and policy that can only be created by people working together and, most importantly, can only be created by foregrounding the voices of those with lived experience of homelessness. For example, the song exchange could only have happened as a result of the creative stimulus provided by a Streetwise performer, the generosity of a Japanese student and the recording device of a fellow traveller.

This approach has left a lasting impression, encouraging me to look at the projects I’m involved in through a refocused lens, and being more alert to opportunities to bring coproduction into my work. Monitoring and Evaluation (the area I lead on at Streetwise) is at once an area that is all about taking on board the views of those involved in projects, asking questions to check our work is having the positive impact intended and looking for ways to improve in line with what people want out of their engagement. However, some of the methods commonly employed in this work can end up feeling top down and can leave people feeling like subjects rather than co-producers; as a fellow traveller said: ‘Who has ever felt empowered by being a research subject?’. I believe peer research approaches, coupled with creative data collection methods could be the key to conducting evaluation that feels more co-produced and I look forward to exploring this further with Streetwise over the coming months.

On a final note, the trip reminded me of the importance (and privilege) of having time and space away from our normal work environments and ‘over-programmed’ schedules to engage more critically with our practice. Being surrounded by and engaging in open-ended discussion with creative and brilliant people gives you the ideas and motivation to try and initiate change where it feels needed. 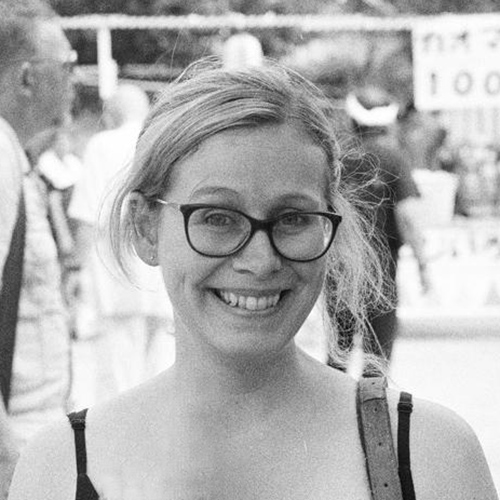